OWG Offering Travelers a Chance to Win Their Lost Deposits

This new airline wants to do things differently by putting the well-being of travelers during the pandemic at the very heart of its concerns.

As part of its HIGH LOVE campaign, OWG airline is offering travelers who lost their deposit because of the pandemic a chance to recover their money or get a credit toward a future flight. The company wants to use this original promotional initiative to bring a little sunshine into the lives of people whose travel plans were cancelled.

At the beginning of the pandemic in March 2020, a number of airlines had to cancel hundreds of flights. Since they received no assistance from the government, as was the case in the majority of industrialized countries, some transporters found themselves unable to reimburse their customers. Not only did this situation create turmoil for many travelers, it also made them lose trust in their airlines.

“Currently thousands of travelers have fallen out of love with their traditional transporters. This promotion is our way to tell them that our heart is open and that there is always a local Québec based alternative for those who like to travel,” said Marco Prud’Homme, President of OWG.

Open to all travelers
Those who wish to participate in this promotion just have to fill out a form on OWG.COM. They will be asked to explain why they deserve to be chosen based on their story – for example, a ruined wedding anniversary, an important trip canceled or any reason justifying why they deserve to win this sum. The questionnaire offers a choice between being reimbursed in cash or in the form of a credit applicable on a future OWG flight – once it’s safe to travel again.

Each week, during an undetermined period, the OWG team will select a winner based on the merits of their storyline. A sum equivalent to the lost amount will be delivered in person by an OWG employee.

A HIGH LOVE promotion
OWG is a new airline launched during the pandemic that reinvents the travel experience by taking its travelers to heart. With this novel promotion, OWG wants to help out consumers being held captive by this crisis, as well as promote its services to travelers.

OWG carried out a first series of flights to Cuba this winter with a 94% satisfaction rating. The airline is offering a new formula based on customer satisfaction and personalized service, such as hearty free meals served on all its flights. 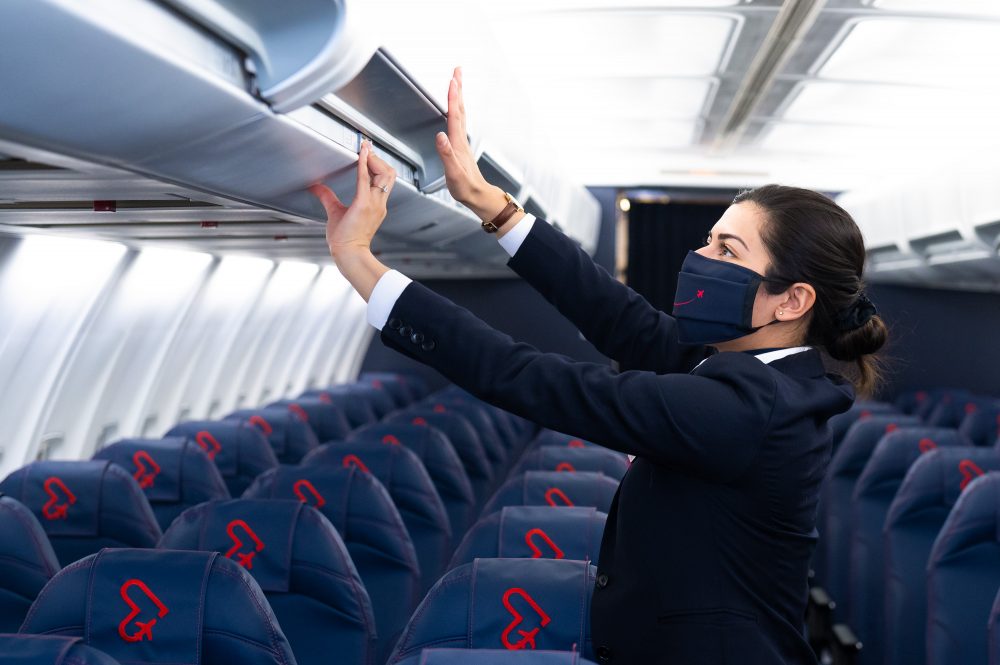 Looks like a toy! On dirait un jouet ! #HighLove #

"Pink isn't just a color. It's an attitude too."

At the heart of your travels 💓 Au coeur de vos

An adventure a day keeps the doctor away. 💓 #Hi